Coffee is one of the world’s most popular drinks. According to Wikipedia, over 400 billion cups of coffee are consumed each year worldwide. That makes for a lot of fun facts about coffee!

Some researchers believe that humans originally began to drink coffee because it acted as an appetite suppressant; while others say it was because early people thought the beans held magical powers. And while it has yet to be proven, there are some interesting facts about coffee you might not know!

But let’s begin with some history of this famous drink.

Coffee has been around for a long time. Coffee originates from the Horn of Africa region where it was first consumed during the 15th century possibly as early as 1400 AD. The legend says that Kaldi, an Ethiopian goat herder, noticed his goats became more lively after consuming beans from a certain tree so he tried them himself!

Soon people started boiling these beans into a drink mostly used in monasteries across Arab countries then spreading into Persia before reaching Turkey. From it reached European countries like Italy, France, and England by the late 1600s. Coffee had made an impact on these countries by becoming the main source of income for many people.

By 1800 coffee was already traded between European countries like Portugal, Germany, Sweden, Russia in addition to India where it is still grown today in large amounts! Today coffee is one of the most consumed drinks worldwide with billions being used per year in just America alone! 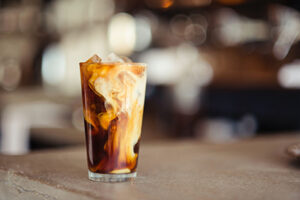 Many people love coffee. People crave it and look forward to their morning brew. But, most do not understand the science behind this process.

Coffee is a fruit from an evergreen tree in the genus Coffea which grows in tropical climates. The most popular species is Coffea arabica with about 70% of global production.

These trees flower and then develop red berry-like seeds that are harvested by specific means depending on the region they grow in. The seeds are processed into green or roasted coffee beans ready for brewing into a cup of joe!

Coffee is well known for its caffeine content which acts as a stimulant. The caffeine found in coffee beans is not the only source of caffeine. Caffeine can be found in other plant species, but it is most commonly consumed through coffee with trace amounts coming from tea and cocoa products.

Within the human body, caffeine works as a stimulant that blocks adenosine receptors. Adenosine is a neurotransmitter that makes you sleepy and takes over when you are tired.

The mechanism of action for caffeine essentially tricks your brain into thinking it’s not tired by blocking signals that would make you want to go to sleep and stay awake instead – making it a central nervous system (CNS) stimulant like Cocaine and Amphetamine.

The effects of caffeine vary according to the amount consumed. In small doses, caffeine is a mild CNS stimulant that increases alertness and reduces fatigue. With larger amounts it can have negative effects such as anxiety and jitters – dependence has been seen in some cases. 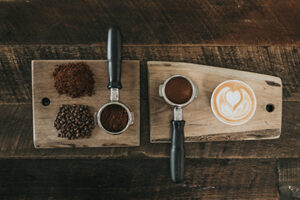 Coffee can be served hot with the methods being boiled, drip-brewed with a filter, or cold-brew. When coffee is cooled down by adding ice after it is brewed it produces a drink with very different properties from unfiltered boiled coffee.

Cold-brew, or iced coffee, allows for cold water to be fully saturated with CO2 gas – making this version creamier than using hot water which releases less gas. When water is boiled and then added to coffee the gas escapes too quickly to create a creamy head.

There are many different brewing methods for creating coffee such as Turkish, Aeropress, Chemex, cold brew, and French press. Each method has unique properties that change the taste of the final product – some more noticeable than others.

Coffee brewed through a drip filter contains higher levels of oils and acids than other methods like cold brew which leads to a very strong flavor and can even cause acid reflux in some cases (drip filtered was tested at 5-6% higher). The Kona blend tastes sweeter when it’s made using a drip filter while darker roasts become cleaner tasting when boiled or cold brewed.

Cold-brew can be made with other ingredients to create other flavors – this is called “cold coffee” and can contain different flavored syrups, candies, creams, or even vegetables.

Coffee can have both positive and negative effects on the human body due to its caffeine content. Consuming too much coffee over a long period can lead to insomnia, jitters, anxiety, heart palpitations, and dependence.

On the other end of the spectrum, moderate intake seems to be linked to various health benefits such as longer life expectancy, lower risk for diabetes type II, Parkinson’s disease, stroke, Alzheimer’s disease among others.

There are also claims that drinking coffee reduces cancer risk but this has not been proven yet in human trials. The risks associated with too much coffee seem more likely than the benefits – especially when one considers cardiovascular problems caused by excess caffeine consumption.

Caffeine withdrawal can lead to headaches, fatigue, and drowsiness so these must be taken into account when drinking coffee – potentially causing overconsumption. Overdosing on caffeine is possible but not common.

The LD50 (lethal dose) of caffeine for an average adult is estimated to be somewhere between 150-200 mg/kg body weight. This would mean that an average man weighing 74 kg (~163 lbs) would need roughly 10 g of instant coffee (a teaspoon is ~5g) before dying from caffeinated poisoning.

In conclusion, it seems as though moderate intake of filtered brewed coffee is healthy but should be taken with a grain of salt due to the negative effects associated with caffeine consumption in excess or from different preparation methods that release higher amounts of caffeine into the brewed product.

After all of this technical information, you might be ready for some fun facts about coffee that you might not know and if you do, we’ll remind you so you can nonchalantly bring it up in conversation to impress anyone listening. 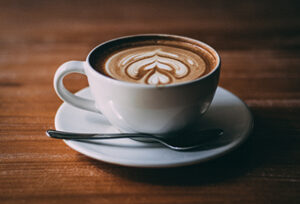 There are many different preparation methods for coffee and each has unique properties that change the taste of the final product – cold brew is one such method. Cold filtered coffee is made with cold water which can be infused with carbon dioxide gas to make it creamier than using hot water which releases less gas.

There are health benefits associated with a moderate intake of filtered brewed coffee but these must be taken in moderation due to possible negative effects associated with caffeine consumption (headaches, jitters, anxiety, dependence).

Coffee preparation methods like cold brew lead to lower levels of caffeine in the final product compared to drip filtered types because CO2 gas escapes quickly when water is boiled.

Drinking cold filtered coffee is the healthier way to go since there are fewer caffeine-related health risks. Cold-brew can be made with other ingredients to create other flavors – this is called “cold coffee” and can contain different flavored syrups, vegetables, or even fruit.

Moderate intake of filtered brewed coffee seems healthy but should still be consumed in moderation due to negative effects associated with caffeine consumption in excess.

The amount of caffeine varies between types of preparation methods because CO2 escapes quickly when water is boiled which leads to lower amounts of caffeine. If you want a low dose of caffeine then cold brew may be the way to go for you!

Complete Guide for How to Train to Be a Barista

Simple and Easy Guide on How To Make Espresso At Home

Complete Guide for How to Train to Be a Barista

What You Should Know About Barista Training A talented and well-trained barista can make such a difference in the world of coffee! They have... 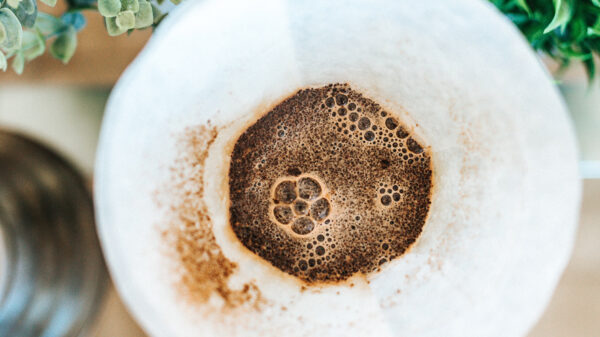 Using Recycled Coffee Grounds for Your Flower Garden Most people throw out their used coffee grounds because they think they are useless, but this...