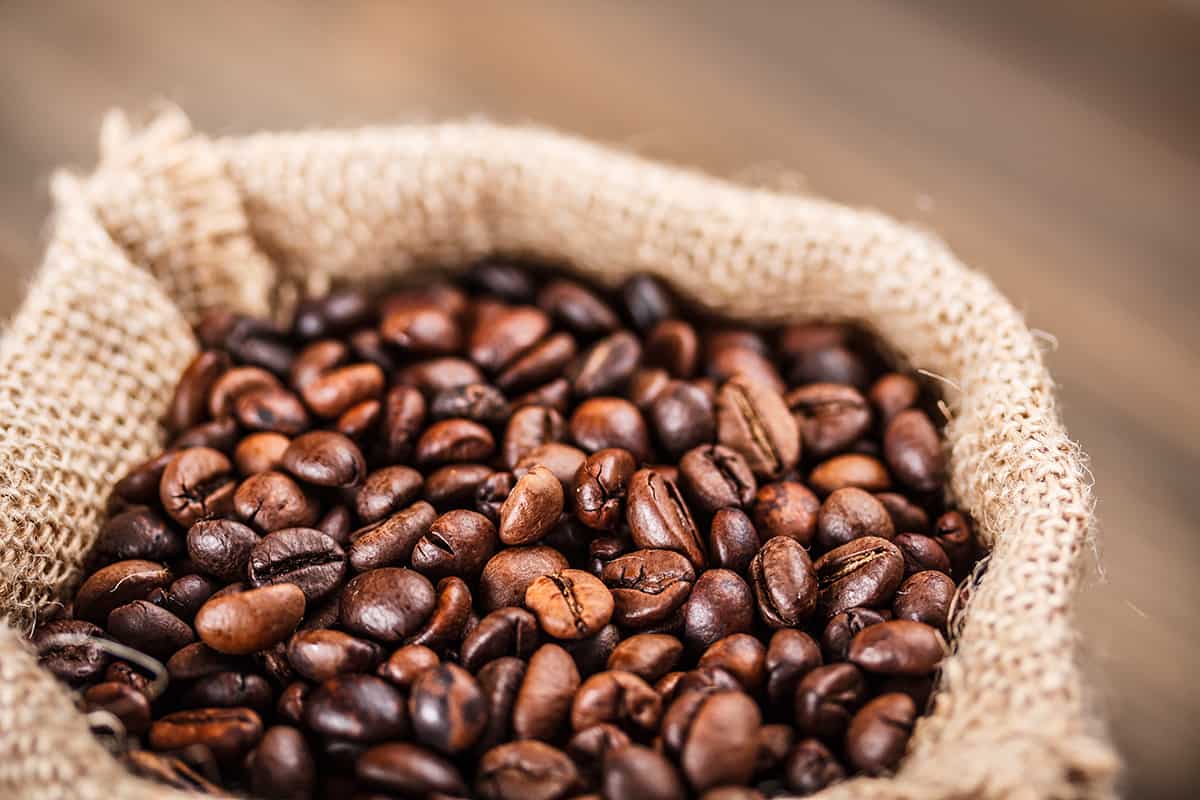 Close up shot of coffee beans in a bag

What Are the Origins of Coffee?

Coffee is an important part of many people’s day and the history behind where coffee came from is just as important to know as what we know about the beans.

So, where does coffee come from? A coffee bean is a seed that comes from a fruit called a coffee. The beans can be pressed to create a liquid which is then called “coffee”. Coffee is the second most valuable resource traded after oil, and it helped set up global trade as we know it today.

The history of coffee has been documented for quite some time so getting the full story about where coffee came from is easy for most people. Keep reading to learn more!

Today we explore one of the most simple, yet complex and high in demand agricultural commodities: coffee. It is a drink that is enjoyed by millions worldwide and has countless varietals and techniques for its production and preparation.

It is the fuel for many people’s morning, part of many people’s daily routine, and has shaped much of the world, starting with its origin in Ethiopia where coffee was first discovered.

“Coffee” comes from the Kaffa region in southwestern Ethiopia. The word itself derives from the name of this region (coffee also comes from the Arabic word, قَهْوة qahwah). Ethiopian’s refer to this as Bunno, its name in their native language of Amharic.

The coffee plant was first discovered around 850 A.D.; it is still a mystery as to who actually found the plant with different myths surrounding its discovery.

Legend has it that a goatherd named Kaldi first discovered the plant after noticing his goats were behaving more energetically after eating berries from a certain tree. Another legend tells of an Ethiopian goat herder named Omar who noticed the plant’s effects after he began chewing on its leaves.

Regardless of which story is true, Ethiopia remains the birthplace of coffee and is still one of the world’s largest producers today. 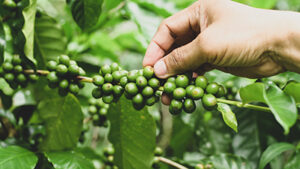 It is believed that coffee originated in the Horn of Africa, specifically in the area of Yemen. The name came from an Arabic word “Qah’wah” which means “mixed”. The legendary tale of its discovery says that a goat herder noticed he became very energetic after eating some berries off a particular bush and so he started to cultivate the berry himself.

The first coffee houses were established in the 15th century in Constantinople (modern-day Istanbul). At this time they only served tea, water, and opium.

This changed when two Syrian traders, who went into partnership with an Armenian, opened a shop selling endar (a word that has become our modern “café”).

The first coffee house in Venice opened in 1645 and was called the Golden Lion. This is where you can find the famous Titian painting of a man sleeping with his hand around a cup of coffee. The drink quickly spread across Europe.

It wasn’t until 1689 when an Armenian merchant named Pascal founded the first coffee house in Paris. The British East India Company had such a high demand for coffee that it imported over 400,000 pounds of raw beans from Mocha (the source of finest quality coffee at that time) in the 17th century.

This number rose to more than 9 million pounds by 1820 and 20 million in 1830, at which point the British started to cultivate coffee trees in India.

Coffee is now grown commercially on six continents, all of which are listed below except Antarctica.

The history behind the production of coffee has been a long one, and it’s definitely worth learning about. The next time you’re drinking your morning cup of joe just think about how it got to your city and country!

Coffee is a worldwide phenomenon, but many of us do not necessarily know where it came from or how it grew to be the industry that it is today. We decided to take a deeper look into coffee’s past and present by digging up some interesting facts you may have never heard before.

Coffee has many varietals with arabica and robusta as the most common. Only arabica is considered to be of the highest quality.

Coffee is known for its caffeine content, although only a small percentage of the bean is actually caffeine. Despite this, caffeine remains an important part of coffee’s characteristics due to its effect on people’s moods and energy levels throughout the day.

Arabica beans are far superior in quality compared to robusta which can contain much higher levels of caffeine and other unpleasant flavors. 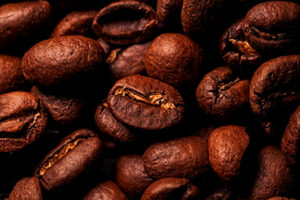 As mentioned, there are countless varietals for coffee, but most are simply distinguished by where they are grown. Coffee has become an important part of the economy in many developing countries around the world.

When people think about coffee they usually think about its growing regions. This can be looked at similarly to wine in that each region in which it is grown imparts specific characteristics into the beans, much like grapes grown in different areas create wines with distinct tastes.

Although coffee can be grown almost anywhere, the largest producers of arabica beans are Brazil, Columbia, Vietnam, and Indonesia.

Robusta tends to come from West Africa with major producers being Vietnam and Indonesia. Coffee production has had a major influence on Africa’s economic situation, especially in Ethiopia.

Coffee became very valuable because of how it was traded and the amount of land needed to grow it. It was even used as currency at one point in time! Originally coffee was consumed in the Middle East, where it was first discovered to be used. It then spread through all of Asia and into Europe.

Since coffee trees take a long time to reach maturity, about four or five years for an initial harvest after planting, there tend to be more arabica plants than robusta. Arabica also requires a very specific climate, usually cooler temperatures with high humidity or rainfall, while robusta tends to grow in much warmer regions.

While fruit is not the only part of the coffee plant that can be used for consumption, it is one of the most popular parts. Although many experiments have been done with harvesting coffee, the vast majority of coffee production is still done by hand.

Most coffee is produced by small family farmers who are given a low price for the coffee that they produce. These farmers are then forced to deal with lower wages and bad working conditions because of their dependence on the market value of coffee.

Because it is traded as an international commodity these farmers must compete with other countries, regardless of how bleak their situation may be. 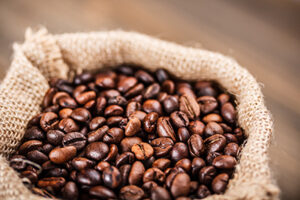 Close up shot of coffee beans in a bag

As far as how coffee is processed, much of this depends on the varietal. Arabica berries are picked by hand by farmers who choose only to pick fully ripe ones, although it can be difficult to distinguish when they are ripe just by looking at them.

Coffee producers then place the beans in piles or boxes to ferment for about 8-12 hours, which is when the berries begin to split open and release their juices. The most distinctive part of coffee processing comes next as people either wash or dry the fermenting beans. These are then collected and bagged until they are ready to be processed further.

Robusta is a lower-quality bean with higher levels of caffeine. Robusta coffee, on the other hand, is processed much differently since it contains more caffeine and natural oils which give it an inferior taste if not properly dealt with after fermentation.

After being harvested, robusta beans are often put through a machine that takes off their outer shell and then crushes the bean seeds to produce a powder. This powder is what ends up in coffee, unlike arabica where people roast and grind whole beans.

Coffee trees take about 4-5 years to produce their first harvest after being planted, making them a relatively long-term investment.

The next step after the processing is roasting the beans. This typically takes place at two different stages: once before packaging and once just before brewing.

Roasting coffee beans breaks down their starches into sugars and changes the chemical structure of the bean for both arabica and robusta since they are both technically beans.

Some countries also add flavorings to their coffee like vanilla or chocolate after it has been roasted, while others offer pre-mixed varieties which people can buy in stores where they can simply be blended with water or milk.

On a final note about growing and processing coffee beans, there are many experiments taking place around the world to make it more sustainable for the environment while also remaining profitable.

However, since coffee is one of the most widely traded commodities in the world with millions of people depending on it for their livelihoods, many farming techniques are still in the experimental stages. 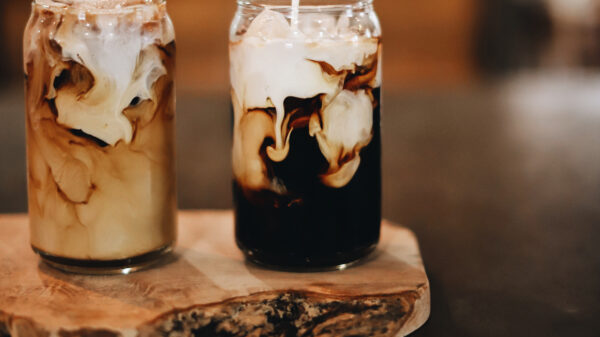 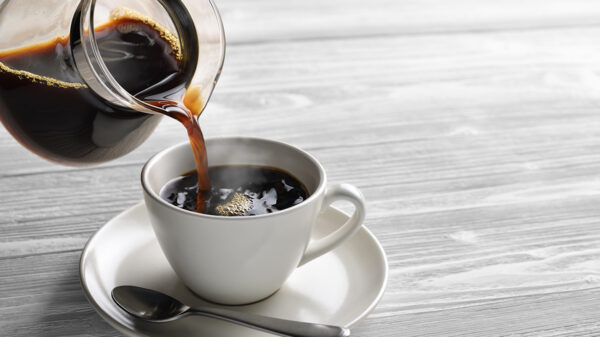